What is the Physical Culture Movement?

Posted on February 23, 2018 by Movement Health in Just saying.., Professional observations, Your Health

The Physical Culture Movement was a health and fitness movement that began in Europe during the 19th century, spreading to England and the United States it continued till the mid-20th century. The Movement’s ideology was driven by multiple factors and it had an eclectic group of contributors. The Physical Culture Movements legacy can still be found today in disciplines such as Gymnastics, Body building, modern Massage, Sport/Exercise science and Physical therapy (McKenzie, 2013).

The Physical Culture Movement emerged for multiple reasons, the main reasons being the Industrial Revolution and a sense of emerging European Nationalism.

One of the hallmarks of the Industrial Revolution was the transition from rural agricultural economies towards urban industrial economies (Hunt & Lautzenheiser, 2011). This resulted in a more sedentary society and the emergence of ‘diseases of affluence’ such as obesity, high blood pressure and gout, subsequently more people became interested in exploring health and physical activity (Pfister, 2003). Also, with a growing middle class via the wealth generated by the Industrial Revolution came the opportunity for health and fitness entrepreneurs to create Physical Culture systems and products for popular consumption (and profit) (Todd, 1995).

Following Napoleons previous expansion across Europe nations such as Denmark, Sweden and Germany identified the need to have a fit, strong population that was military ready. Plus, some countries that were found to be limited on the battlefield began to engage with their national folklore by celebrating the physical feats of their ancestors, this was especially prevalent in the Nordic nations. Subsequently various European countries evolved Physical Cultures rooted deeply in a sense of national history and identity (Pfister, 2003), (Podpečnik, 2014).

Whilst nothing happens in isolation when Movements such as this emerge, it is accepted the Physical Culture Movement began with Johann Christoph Friedrich Guts Muths (1759-1839) (Pfister, 2003). The ‘Grandfather of modern Gymnastics’ was a Prussian/German educator who in 1793 published a book titled, “Gymnastik für die Jugend” (Gymnastics for Youth); the book is considered to be one of the first to formalise a systematic approach to exercise and it contained 29 exercises that were evolved from sources such as the Ancient Greek Pentathlon, traditional dancing and military exercises. Guts Muths had a holistic approach to education and saw Gymnastics as a way of developing the intellect and character through the senses; describing his work as ‘culture for the body’ (Lempa, 2007).

There were essentially three ‘waves’ to the Physical Culture Movement, the European Gymnasts, the Strongman athletes and the Somatics.

The first wave of the Physical Culture Movement began with the European Gymnasts during the early 1800’s, they used Guts Muths work as a foundation and emphasised a callisthenic/bodyweight style of exercise. The European Gymnasts typically developed their exercise systems along national/cultural lines. They set about exploring the idea of ‘exercise as medicine’ and elements of good health beyond just physical activity/exercise were a part of the European Gymnasts philosophies (Pfister, 2003). The European Gymnast Physical Culturists took a scientific interest in exercise and health (Moffat, 2012) and during the late 1800’s and early 1900’s their work evolved in to competitive Gymnastics (Pfister, 2009), Physical Education, modern Massage, Physical Therapy, Sport and Exercise Science (Moffat, 2012). Some notable contributors to European Gymnast Physical Culture were the German Turnen, Danish Physical Educator Franz Nachtegall (1777-1847) and creator of Swedish Gymnastics, Pehr Henrik Ling (1776-1839). 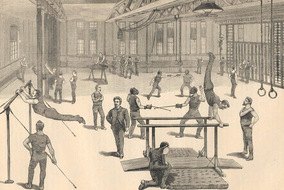 The second wave of the Physical Culture Movement began in the mid-1800’s and involved the Strongman athletes (Watson et al. 2005). They blended the systematic approach of the European Gymnasts with traditional Viking and Highland events such as the shotput and are credited with inventing the Barbell. The Strongman athletes were touring entertainers who performed shows that included acts-of-strength such as steel bending and chain breaking; another popular element of Strongman shows involved the athletes posing in ways that displayed their muscular physiques. The Strongman athletes were more interested in the muscular/physical aspects of Physical Culture and had a more commercial approach; they are considered to have provided the foundation for modern Weightlifting, Bodybuilding and commercial gymnasiums (Todd, 1995). Some notable contributors to Strongman Physical Culture were the Muscular Christians, Eugen Sandow (1867-1925) and Bernarr Macfadden (1868-1955). 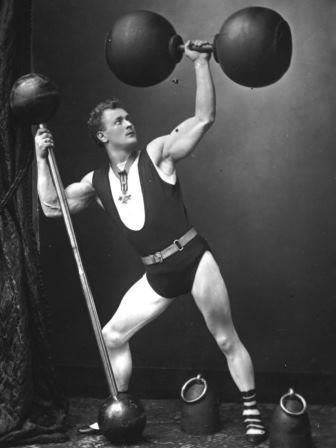 The Somatics Physical Culturists emerged as the third wave of Physical Culture around the late 1800’s and early 1900’s. The Somatics Physical Culturists had their foundation in the performing arts world and emphasised a mind-body approach to exercise. They emerged for two reasons; the European Gymnasts work was evolving in a scientific direction and what remained was taking on an increased para-military tone due to the looming prospect of war, thus there was space for further exploration of callisthenic exercise (via a Somatic paradigm). Also, the Strongman athletes and their physical/aesthetic ideals were dominating the Physical Culture space at the time and the Somatic approaches were evolved as a mind-body counterpoint (Hoffman & Gabel, 2015). Some notable contributors to Somatic Physical Culture were Francois Delsarte, Dr Bess Mensendieck and Joseph Pilates. 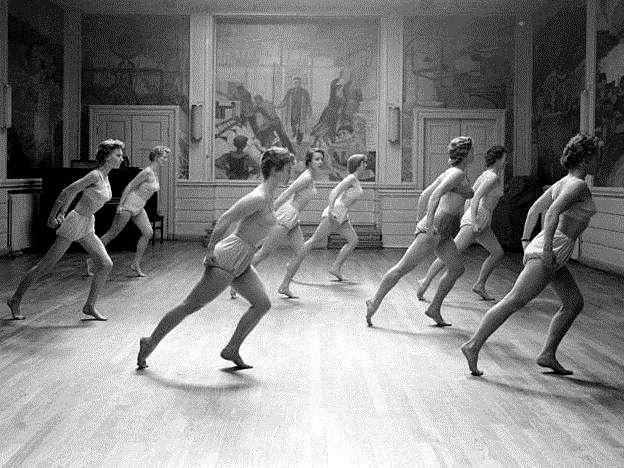 The Physical Culture Movement began in Europe during the early 1800’s along National Gymnastic lines and as a response to the Industrial Revolution. Over time the Movement took various forms incorporating the ‘Strongman’ athletes and the ‘Somatics’. The Movement was the foundation for Movement Health disciplines such as Physical Education, modern Massage, competitive Gymnastics, Weight lifting, Bodybuilding, Physical therapy as a health profession, Sport and Exercise science.

I feel the ‘three waves’ of the Physical Culture Movement are a good representation of Movement Health today. We could take a Somatic-style Yoga class to help deal with a busy life, we might need to undertake a Strongman weights program to improve sports performance or our Physiotherapist/Massage Therapist/Chiropractor may gives us a home Gymnastics exercise to complement a treatment. 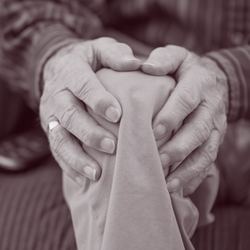